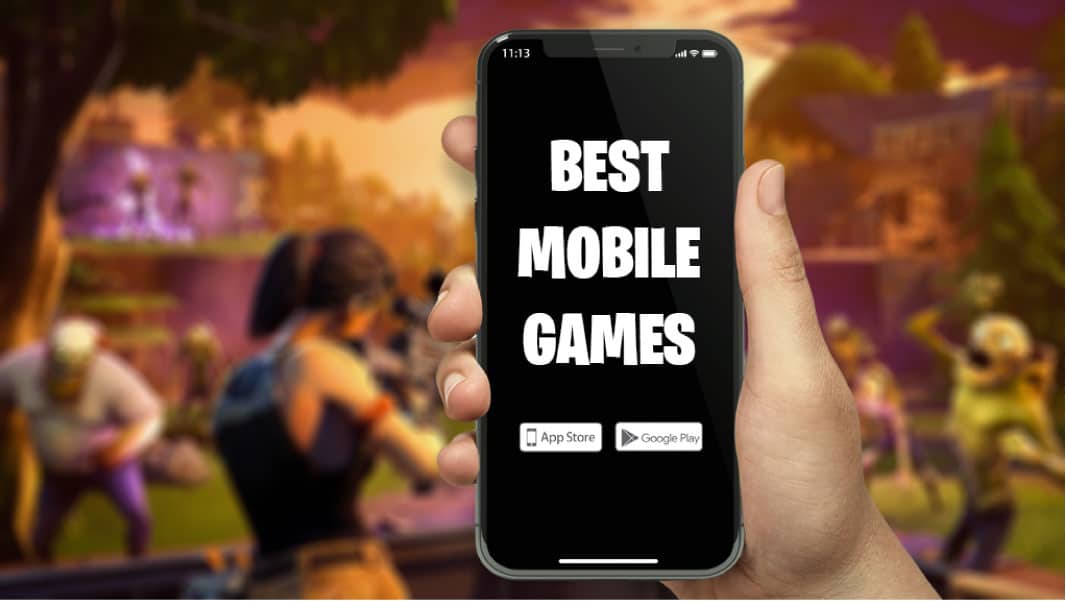 For everything but to call! Mobiles are our inseparable partners that allow us to keep up to date with everything our BFs and our crushes do, help us evade from the boomers with our playlists and entertain us with quizzes, challenges, games and funny filters (Have you heard of the cat filter that is being all the rage?).

These are the best mobile games because … We ❤ Games!

Must! The best mobile games

Obviously, Fortnite must to appear in the first position. A revolution of gaming. Playing Fortnite Battle Royale is much more than playing a video game, its games are fast and intense and allow you to share it with several players from different platforms (computer, mobile, console etc).

For those who haven’t heard of this worldwide phenomenon, Fortnite is a zombie game in which survivors cooperate online to keep their fortress safe. Form squad with your friends, equip yourself and enjoy!

This app is a live game where every day participants can win prizes if they manage to solve all the questions, which start being easy but then get complicated and a lot!

TV is no longer needed to participate in a big contest and win a large sum of money. Prizes, emotion, competition, speed and much wisdom. Can there be a better combination?

If you have a strategic spirit, this is your game!

The game consists of creating a defense against the attacks of other players. Gradually, the village will become stronger, until it becomes a great and powerful city.

The Brawl Stars is pure action. This game is set in the old west and consists of frantic multiplayer battles. Brawl Stars has more than 20 characters, which are called Brawlers and have different skills and characteristics that evolve as the game progresses.

Most game modes are in 3-on-3 games that can be played alone or with friends. The perfect excuse to meet 6 friends and have a good time together!

A survival game set in a post-apocalyptic world. The year is 2027 and the world is witnessing an outbreak of an unknown infection that destroys almost the entire human race. In the middle of a world in ruins, and without rules, the player will try to survive the wave of zombies.

It is a game that requires strength but also a lot of cunning because it’s one all against all in which fighting against zombies isn’t the only thing to worry about. The game characters also get hungry, thirsty and need resources to defend or transport themselves, etc.

This game is sweeping up to be cataloged by many as one of the top best mobile games. Are you going to stay without playing?

The Pokémon fever hit very hard in 2016 with its revolutionary app. However, there are many pokeadicts who still play with their mobile to capture all the wild pokemon around the city.

The game has evolved a lot in recent years until incorporate augmented reality and giving a more complete experience that narrows reality with the virtual universe.

Nowadays, most online games allow you to buy extensions and introduce improvements for the game as well as for the characters. Have you ever bought a virtual sword, armor or super powers for your favorite character? Regardless of whether you are more or less gamer, surely you have ever used this to take your character to a more pro level and win the game. There is no problem in recognizing it.

However, the problem is making those purchases…with your parents’ card!

Did you know that you can convert your weekly allowance into electronic money to make digital purchases? With the Bitsa Young card, for young people between 14 and 17 years old, you’ll have the financial freedom you desire and spend only the money you decide to top-up. You can reload it by sending money from another card, with transfers, with cash (more and more points of sale are available in Europe) and even with cryptocurrencies!

In addition, with this prepaid card for young people, your parents will have the peace of mind of having their money in a safe place because it isn’t  associated with bank accounts.

Games to share time with friends, disconnect and have a good time. And well, #tbt it may also take us time from “obligations”, but who doesn’t have a vice-entertainment-hobby? We are gamers, young, digital but not antisocial. We love games!