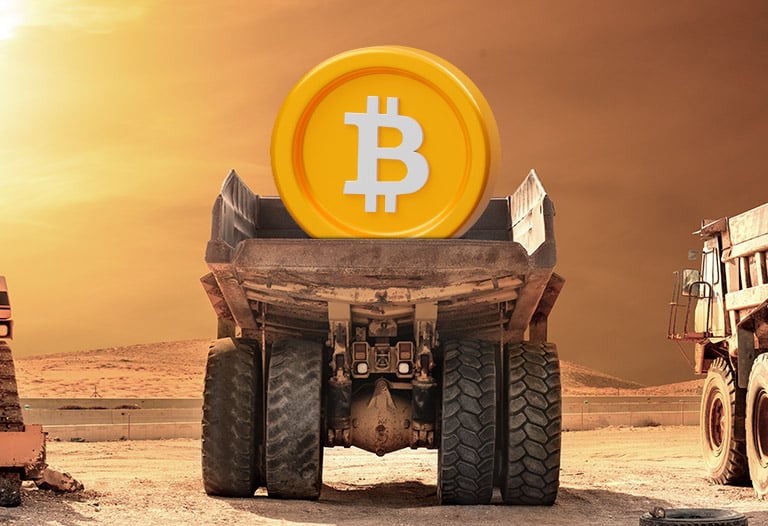 What is crypto mining?

Bitcoin was the first cryptocurrency, and its similarities with gold have become evident since its conception. Even the process by which each new bitcoin unit reaches the world is called crypto mining.

As with gold, in order to create a new bitcoin, miners, the ones in charge of this task, must do some hard work called mining. And here too, the harder they work, the greater their reward would be.

After Bitcoin, many other blockchains emulated the mining process as a method of creating their own currencies and, in addition, building consensus in their own network. Let’s look at what crypto mining is all about.

What does crypto mining mean?

Crypto mining is the process by which a blockchain that utilizes a Proof of Work consensus mechanism creates new units of its native coin. Miner’s objective is to solve a mathematical problem that will allow them to mine the next block and receive a reward for doing so. And basically, that’s crypto mining.

But, let’s get a bit deeper. As the crypto mining process happens in Proof of Work blockchains, we have to comprehend what this proof means. Let’s begin with the participants involved.

Who are the parties involved in a Proof of Work network?

In this kind of blockchain, we have three participants:

Now, let’s understand what this proof means and its purposes.

The aim of Proof of Work

Blockchains are independent networks that work without a central entity that is looking after every participant of the chain in order to assure that they behave well. To replace this function, Satoshi Nakamoto, Bitcoin’s creator, implemented the Proof of Work consensus mechanism. We trust blockchain information because we assume that everyone would behave according to that consensus.

Probably, Proof of Work’s main characteristic is that if someone wants to participate as a miner, trying to mine the next block in order to keep the blockchain functioning they should perform some work. Of course, that work would be rewarded.

So, it’s possible to conclude that miners are the ones that keep the blockchain running. If they behave according to the rules, basically validating transactions that were well performed, they would be rewarded with some coins. On the contrary, if they validate fraudulent transactions, they would not be rewarded and all the energy they have spent would have been in vain. But, as they live from the blockchain rewards they get in exchange for their work, they are the most concerned about behaving honestly and keeping things going on smoothly.

Now that we know the basics of Proof of Work is time to get deeper into the crypto mining process. 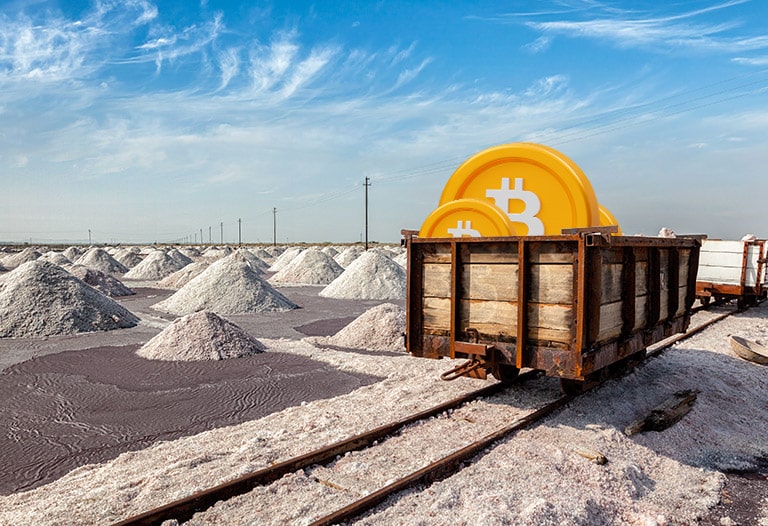 The mining process, one more similarity between bitcoin and gold

How does crypto mining work?

Crypto mining is the process by which a proof-of-work network validates transactions, creating new blocks and new coins. This process, which may sound complex, can be simplified so that we can understand it without any problems.

In order to fully comprehend this procedure, our beloved bitcoin would serve as an example. Let’s get into it.

The great responsibility of Bitcoin’s miners

Bitcoin’s miners are in charge of validating transactions. Basically, they receive transactions from Bitcoin’s nodes, and they check that each transaction is in accordance with the blockchain protocol. By performing this task, the miner attempts to mine a block in order to contribute to:

As I said earlier, they will obtain a reward in return for the work they have performed. Now, let’s get to know their task in detail.

The Crypto mining process can be summarized as:

If I have been able to achieve my goal, you can easily understand why crypto mining is the process by which miners, within a “Proof of Work” network, validate transactions, create new blocks and issue new units of the network’s native cryptocurrency by means of the computational power of their mining equipment in charge of solving mathematical problems.

Crypto mining has been criticized from many angles. But, for the purpose of this article, we will focus on two arguments. One from the inside crypto ecosystem and another from the outside.

The “cypherpunk” spirit, which surrounded bitcoin’s beginnings, aims to have a decentralized network that has no third party or central entity governing its operation.

At first, everything seemed to work in a distributed way thanks to the proof-of-work consensus. The issue is that, as computers get better, the mathematical problem of mining a new block becomes more difficult, to always have the same time between blocks.

Today, it is almost impossible for an individual user to mine bitcoins. Cryptocurrency mining has become such a resource-consuming activity that only large mining farms are capable of mining new bitcoins. As you can imagine, running a mining farm requires large amounts of money, space and energy.

These capital requirements tend to centralize mining farms in the hands of large companies and the goal of decentralization is losing ground.

The sheer amount of energy deployed to mine new cryptocurrency units has been the subject of much criticism. From outside the ecosystem, it has been the most prevalent criticism and the most important anti-crypto argument.

We can avoid reality. The energy spent annually to mine bitcoin is as much as some country medium size countries consume on the same window frame. Despite the efforts of mining farms to reutilize energy and migrate to green sources, the argument is so deeply rooted in society that nothing seems to change people’s ideas about the waste of energy that crypto mining for them signifies.

In a way, this is why a new consensus has emerged on the blockchain space. It’s called Proof of Stake, and requires 99% less energy than Proof of Work. However, the Bitcoin community is extremely opposed to such a manner of reaching consensus. Personally, I can imagine Bitcoin ever changing its consensus. 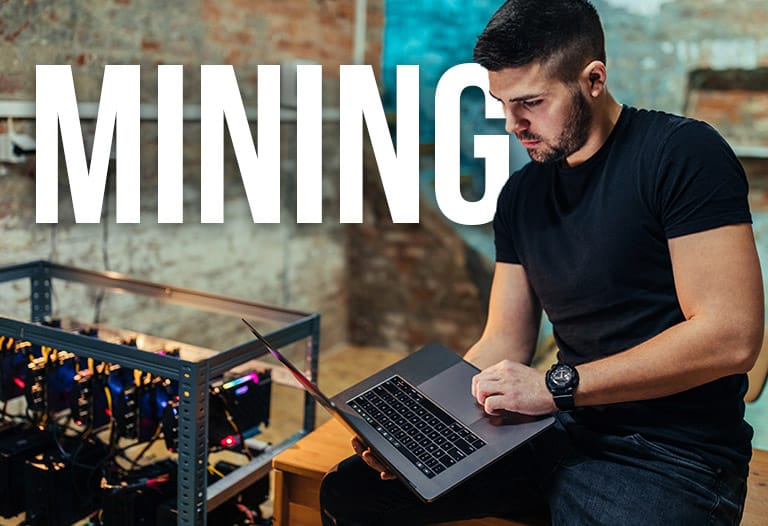 Miners, the ones in charge of bringing new bitcoin units to the world

The future of crypto mining

Cryptocurrency mining is not on its best days. While Bitcoin continues with the consensus mechanism involved in mining cryptocurrencies, the second largest blockchain in terms of market capitalization, Ethereum, last week left this process of creating new coins for good.

New blockchains with Proof of Stake consensus mechanisms are constantly emerging. Perhaps, the environmental argument is too strong. In addition, the cost of running a mining farm is against this activity.

Gradually, we have seen that the Proof of Work consensus has lost its place in the cryptocurrency scene and this looks set to continue in the future. But one thing we can say is that bitcoin mining will continue until the last bitcoin is mined.