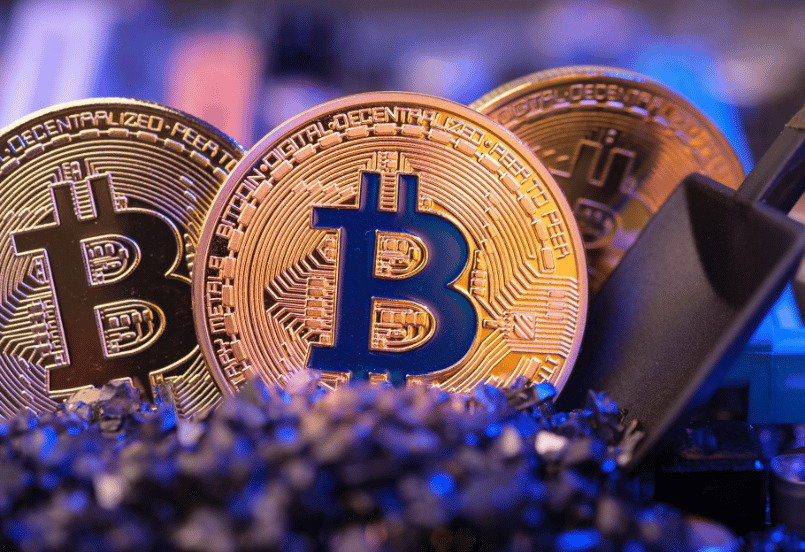 What is Bitcoin halving and its crypto industry impact?

We all know that only 21 million units of Bitcoin will exist. Also, it is estimated that the last mined unit will arrive in the year 2140. But, to date there are more than 19 million BTC, so how is it possible that only 21 million will ever exist? It’s thanks to the Bitcoin halving.

Bitcoin’s design, in which Satoshi Nakamoto seems to have left no loose ends, is automatically regulated to achieve this final number of units created. Thus, approximately every 4 years, or about 210,000 mined blocks, this unique event occurs.

However, halving not only impacts Bitcoin but seems to be the defining event of the entire crypto market. It’s time to learn what bitcoin is halving and its impact on the crypto industry.

What is Bitcoin halving?

Bitcoin controls its issuance autonomously in a unique event known as halving. To understand and appreciate its importance, it’s necessary to take a step back and understand how each new unit of the first-ever cryptocurrency is issued.

Miners are in charge of providing their computational power to create new blocks in the Bitcoin blockchain. These blocks are filled with transactions made by users and validated by the nodes. In this way, miners solve a complex mathematical problem and create a new Bitcoin block.

But what do they get in return for the use of their hardware and electrical energy? Of course, new bitcoin units. And they come from two different sources. Let’s take a look at them.

Where do Bitcoin miners’ profits come from?

They basically come from two different sources. Firstly, the transaction fees paid by users. This sum, which we pay when making a transaction on the Bitcoin blockchain, is an incentive for the work that the miners carry out. Therefore, the total transaction fees included in a block are given to miners as a reward.

Secondly, there is a reward, which is what every miner looks for when trying to mine a block, which comes from the issuance of new bitcoin units. With each new block, a certain amount of BTC is issued, today 6.25 bitcoin, which the miner includes as a transaction to himself when creating the block.

In this perspective, then, after a new block is mined, we find two results

But what about halving?

Finally, what is Bitcoin halving?

With the mentioned frequency, approximately 4 years and exactly 120,000 blocks, the halving occurs. In this scenario, the BTC issuance for the creation of a new block is reduced by exactly half.

So far there have been three halvings:

Expectations are clearly set for 2024 when the next halving should take place. After this event, bitcoin issuance will be reduced to around 3.125 per new block mined.

While at first, it would appear to be an event that only affects miners, the impact of each halving seems to have consequences for the crypto ecosystem as a whole. Let’s see what we mean. 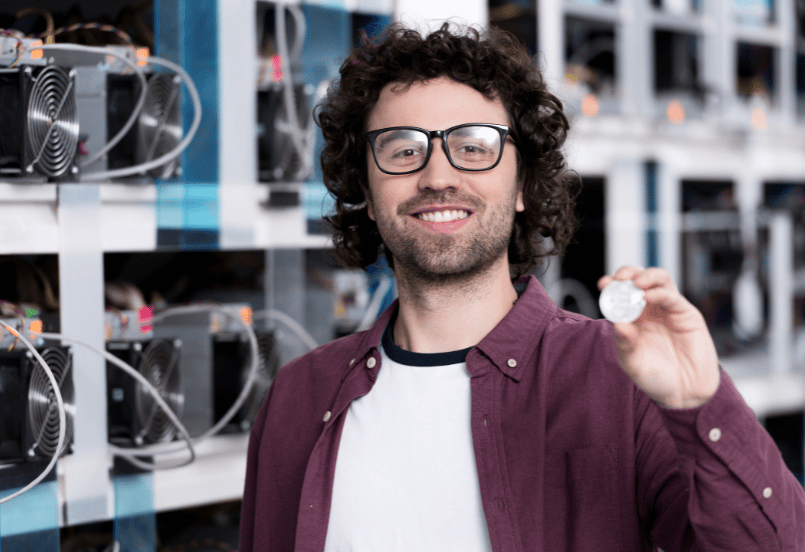 Halving, the way in which bitcoin controls its own issuance

The halving effects on bitcoin

The bitcoin halving can often have a significant impact on the whole crypto market. Indeed, more than a few analysts suggest that this event is the one that sets the pace of the market.

The logical effect of halving the rewards issued on each block is to reduce the supply of new bitcoins entering the market. This condition is capable of causing the price of the currency to rise. Undoubtedly, the reduction in supply, when combined with sustained demand for a given asset, generates an increase in its price.

Those who follow the crypto ecosystem closely tend to keep an eye on the halving and often adapt their strategies to this event. Clearly, there can be two decisions in this regard:

It is clear that the impact of bitcoin halving, both on the price of BTC itself and on the rest of the market is not something predictable. While on some occasions, after halving, we have seen significant price increases almost immediately, on other occasions we haven’t seen the same effect. Evidently, other factors such as market demand, the confidence of the players involved and global macroeconomic conditions, influence its price.

But how can halving affect the rest of the cryptocurrencies in the market? Let’s see some examples.

The halving effects over the rest of the market

One situation that many analysts raise is the following. When halving occurs, after a few months of settling the new bitcoin scarcity, begins to be noticed. At this moment, the euphoria around the first cryptocurrency ever grows again.

It’s time, for those who have been holding bitcoin for some time, to sell. This is where the beginning of a new “Bull Market” takes place. The price of BTC leads the market. Over time, money obtained by bitcoin miners and holders slowly begins to flow into other crypto-assets.

In 2017 profits turned towards the unfamous ICOs. The year 2020 saw a pivot towards DeFi and the following year NFT received these funds. Here we find ourselves in what some describe as an “Altcoin Market “, where the attention and money are focused on cryptocurrencies, which are clearly not bitcoin.

Far from trying to give 100% accuracy, the moment at which the peak of this “Bull Market” can be perceived is when a large number of crypto-users begin to define bitcoin as an old-fashioned asset. At this time, different types of projects seem to be destined to dethrone BTC from the podium of the crypto world. In the past “Bull Market”, Ethereum was also the target of these accusations.

What follows next, is capitulation. This period, defined as Bear Market, is the one we find ourselves going through since November 2021, the peak of the previous Bull Market.

With different shades and particularities of each period, these cycles, driven by Bitcoin halving, seem to be constantly repeating themselves. Please note that by providing this analysis, we are not attempting to provide any financial advice or to influence the decisions of our readers. 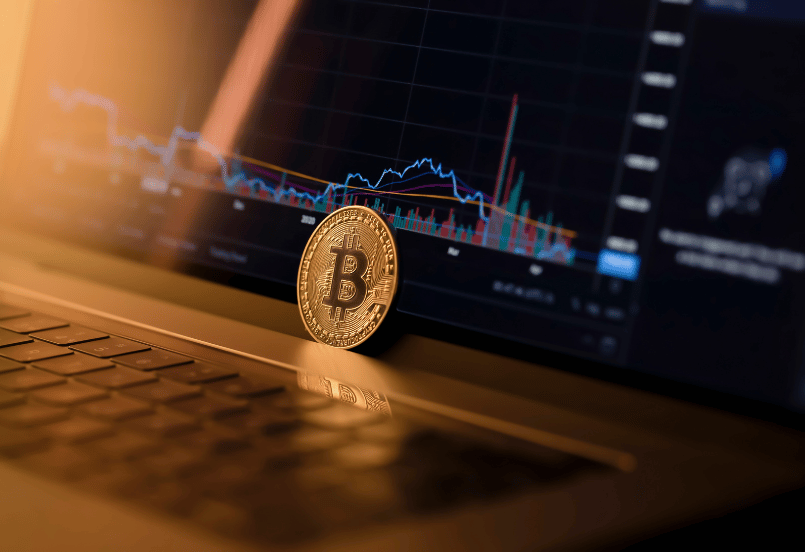 You may have noticed that more than once throughout this article, we have made it clear that we can’t know the exact date of the next halving. If you ask yourself, don’t Bitcoin blocks occur every 10 minutes? Couldn’t we, thus, determine the precise date?

Well, this is where we have to make a small clarification. The time it takes to mine a block on the Bitcoin blockchain is not exactly 10 minutes. It’s necessary to understand these 10 minutes as a tendency or an ideal to which the network is targeting.

In reality, it’s closer to 9.5 minutes, between each Bitcoin block. Due to the ever-increasing computational power of Bitcoin miners, the network autonomously tries to sustain this time between blocks.

Because of these variations, some analysts estimate that halving could occur this year. Regardless of the precise moment in which it will take place, the only certainty we have is that it’s an event that we are all waiting for.

After reading this article, it will be clear that halving is an extremely special event for the crypto ecosystem. As we read about it, we realize the profits made by the first blockchain miners and certain regrets may arise.

Anyway, beyond these feelings, it’s an event that always brings us new hope. In the moments leading up to a new halving, the crypto world begins to pick up steam once again and global attention turns to it once more.

Evidently, after the hard Bear Market, we have been living through, we are anxiously awaiting the arrival of the halving. Without a doubt, we will be covering everything related to this event from here. The word of the moment seems to be patience.