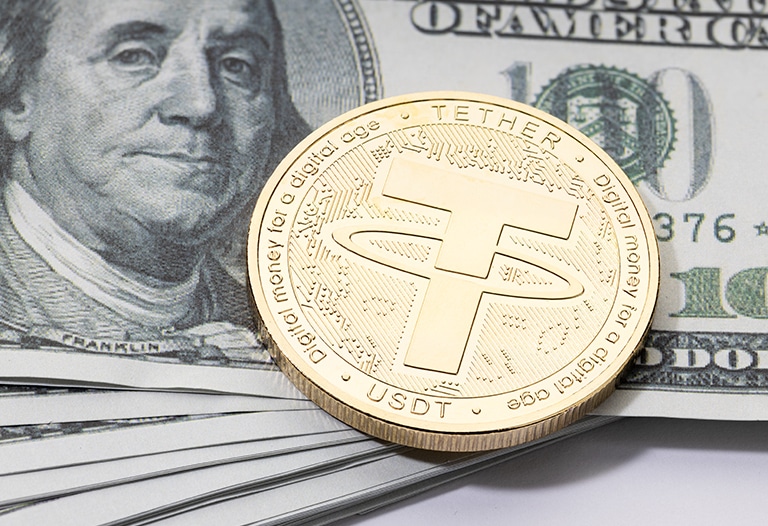 What is a stablecoin and why its use has grown so much?

There was a time in crypto-history when, if an outsider, a non-coiner, had told us “the problem with cryptocurrencies is that they are highly volatile,” we would have had no argument to refute his assertion. But, thanks to the arrival of stablecoins, those dark ages have come to an end.

Stablecoins, are one of the most important inventions that the whole crypto ecosystem has had. They were the key element to banish market volatility and protect ourselves in tumultuous times. Without its invention, who knows, we might not have been able to spread the word about DeFi and the benefits crypto can bring us.

In short, a stablecoin is a cryptocurrency whose price is attached to the value of another asset. They can be related to a national currency, gold, or other major assets. Today I’m going to explain what these particular coins are, what kinds of them we have in the market, and why their use has grown so much.

What is a stablecoin?

A stablecoin is a kind of cryptocurrency whose price is attached to the value of another asset. The most popular ones are has its value attached to the dominant national currency, the American dollar. As these kinds of coins are pegged to the value of another asset they tend to maintain, by means of different methods which we will analyze below, a “one-to-one” relation whit it.

For example, if we take the example of USDT, at this time the most spread stablecoin in the crypto space, it tends to have parity with the American dollar. Sometimes its value can be below 1 dollar or even above, but generally speaking, one unit of USDT is interchangeable for one unit of a dollar. When a stablecoin lost that one-to-one relation, people would say “it has lost its peg”.

Thanks to stablecoins, we can change our volatile cryptocurrencies, like BTC or ETH for a currency equivalent to one dollar without leaving the crypto world. They are the perfect way to take some profit or protect ourselves when the market is too uncertain.

Stablecoins, when they arrived caused sort of a revolution, but before we analyze why their usage has grown so much and what kinds of stablecoins we have to choose from, let’s know a little more about their history.

How were stablecoins born?

When Ethereum came on the scene, the crypto environment was faced with a world of opportunities. The invention of smart contracts, a piece of software that can perform in a predictable way when receiving the same stimulus, gives developers the chance to create decentralized applications to perform whatever they have in their minds.

So, people start asking for a kind of cryptocurrency that was not as volatile as bitcoin or ETH, in order to protect themselves and also to invite more users to come in. However, a fundamental part was missing. Blockchains are isolated from the outside world, for many reasons, but the most important thing is their own security. The question was, how can we let know our smart contract the actual price of an asset that is outside the blockchain?

The solution was named “Oracles”. They act as a secure and decentralized connection between blockchains and the outside world. To simplify how they work, we can say, they search for data on the internet and share it on their own decentralized network. Then, smart contracts are able to consume the data in a secure way. In our case, the smart contract that created the stablecoin can consume the price of the real-world asset to maintain that famous and desired one-to-one relation.

After this brief crypto history lesson, we can move on.

Why stablecoin use has grown so much?

Well, at this point the answer to that question may seem a bit obvious. To understand the importance that stablecoin had when they arrived we must picture a crypto space where:

When stablecoins arrived tons of users made their first step through them. Knowing that a coin would remain stable, in terms of its valuation, invited many people to begin their crypto journey. Later, with the development of different platforms that ended up building up a DeFi ecosystem crypto-users were able to generate returns from their stablecoins.

On the other hand, we have the centralized experience. For CEXs (centralized exchanges), stablecoins were a game-changer. Before them, to take profit people need to sell their crypto for FIAT. Of course, they had their business there, charging up some fees to be able to do that exchange. But, thanks to stablecoins they have an enormous amount of users, and money, that now remains inside their platforms. Why sell your cryptos for FIAT money if you can exchange them for a stablecoin that has the same value and gives you the possibility to act quickly in case you want to buy another coin?

Stablecoins and their types

When it came to the type of stablecoins that they offer us, we can divide them from who is behind them and how they maintain their peg or that parity with the underlying asset concerned. Let’s begin with who is behind.

Nowadays, centralized stablecoins are the most widely used. Behind them exists a centralized entity or Company, that is in charge of the emission, its peg, and everything that happens to that stablecoin. The most important ones are:

To emmit one unit of those stablecoins the interested party shall get in contact with the Company, fill out a form, and when they approved the request send the same amount of US dollars that stablecoins they want to have. Having a reserve of real-life dollars that is equal to the number of stablecoins circulating, guarantees parity.

The decentralized stablecoin, as you may imagine, doesn’t have a central entity behind them taking control of everything that goes with them. They are managed by a smart contract. To mint them there is no need to ask for permission or to send any money to a bank account. Everything happens on the blockchain. DAI is the most important of its kind, and next, we would understand how it works.

When we talk about decentralized stablecoins, the way that they obtain their value and hold their parity with the asset chosen can be with collateralization or with an algorithm.

DAI is the most famous and widespread decentralized collateralized stablecoin. Let’s see how it works to understand this type of stablecoin. Anyone, without the need for any permission, can mint a new DAI. Just going to the website, and depositing one of the enabled cryptocurrencies as collateral will be enough to do it. They assure that the peg will be maintained even if the collateral price goes down because every DAI is overcollateralized. For every DAI is at least 1.25 dollars worth in crypto deposited in their vaults.

Then, on the other side of the scene, we have algorithm stablecoins. Instead of being collateralized, its peg is managed by an algorithm that controls its supply based on its demand. Despite being a great way to make a scalable stablecoin, so far no stablecoin algorithm has been successful. Collateralized stablecoins, in spite of their problems in scaling due to over-collateralized protection, remain the most secure and reliable. 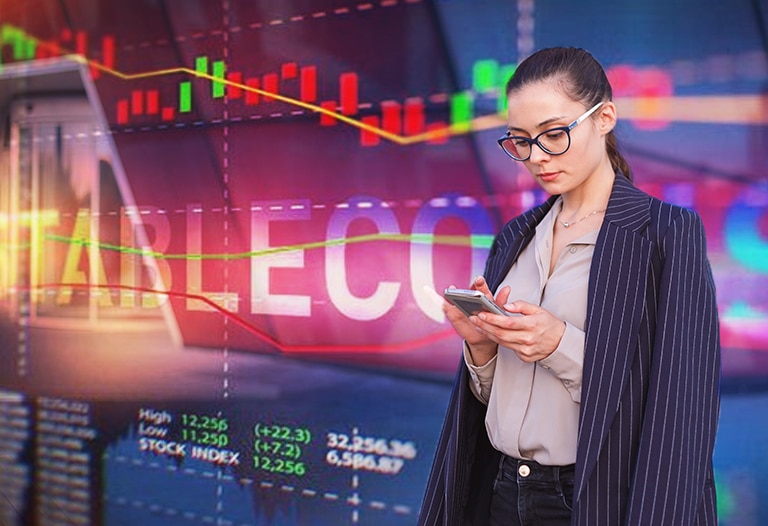 The future of stablecoins

The future of stablecoins looks bright indeed. They are the key to onboarding new users and to continue spreading the word about DeFi. In order to gain more of the available market share from traditional finance, wider adoption is necessary.

Additionally, centralized exchanges, if they continue with this constant influx of new users, will demand an increasing amount of stablecoins. This would increase even more their market cap.

However, the biggest crypto-challenge is to have a stablecoin that is not pegged to the American dollar. That would allow them to finally get free of that dependency on the world that they want to leave behind. Many projects have failed in the attempt. But the seed has been planted and sooner rather than later, we will have a standard stablecoin freed from dependence on FIAT money.