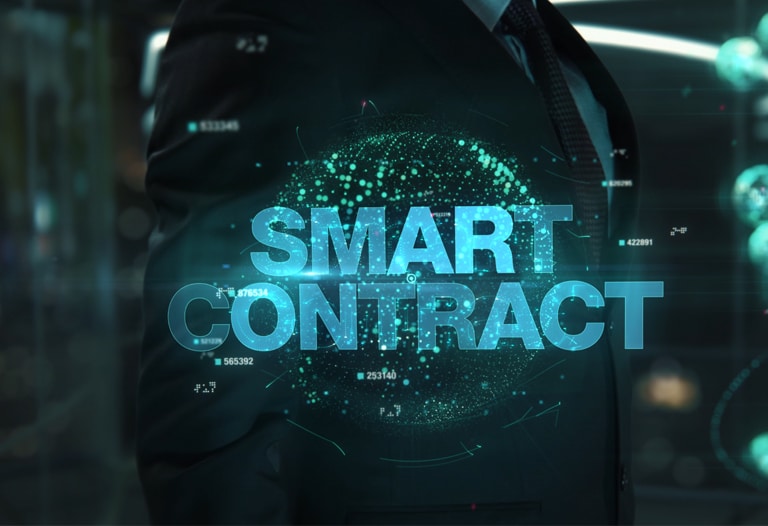 What are smart contracts?

Following Bitcoin’s breakthrough, many blockchains and crypto-based projects tried to replicate its success. We now know that they have all failed. However, there is one invention that was not a failure and that has revolutionised finance and blockchain technology as we knew it. I’m talking about nothing less than smart contracts.

Ethereum, the first blockchain to implement them, was born with a specific and ambitious goal. To be the world’s largest computer is something that this blockchain can only dream of achieving thanks to smart contracts.

These contracts were created to allow software developers to create customised applications on the blockchain. Once these applications are deployed on this type of network, they acquire the same intrinsic characteristics. The unstoppable and transparent smart contracts have definitely changed the global financial landscape. Let’s find out what they are.

Smart contracts can be defined as:

Computer programmes that stored in a blockchain and executed automatically, providing a predictable response, as long as the conditions previously determined in it are met.

This definition may not seem quite straightforward, but if we break it down we can fully understand it. It’s quite obvious that when we talk about cryptography, blockchain and finance mixing all up with smart contracts, things can get messy and confusing. However, a simple analogy can give us a clear hint to understand what smart contracts are.

When we use regular web2 applications, we have two sides. First, we have what we call the front end. It consists of the visual interface with which we interact. Every piece of information that we read, each picture that we see or even every button that we press, is part of the front end.

But how is this visual interface able to respond, as we expect, to our interactions? It’s thanks to the back end. There lies all the logic that let the application function and gives us responses or outcomes when we request them.

Smart contracts, then, are nothing more or less than this logic that makes it possible for an application to work, the back end, only with the difference that they are stored on a blockchain.

Now that we know what they are, let’s focus on their main attributes.

It is possible to affirm that smart contracts are a creation that has the potential to revolutionise the way in which we contemplate certain daily activities, such as finance, economics and many more, thanks to their intrinsic characteristics. Let’s take a look at some of them: 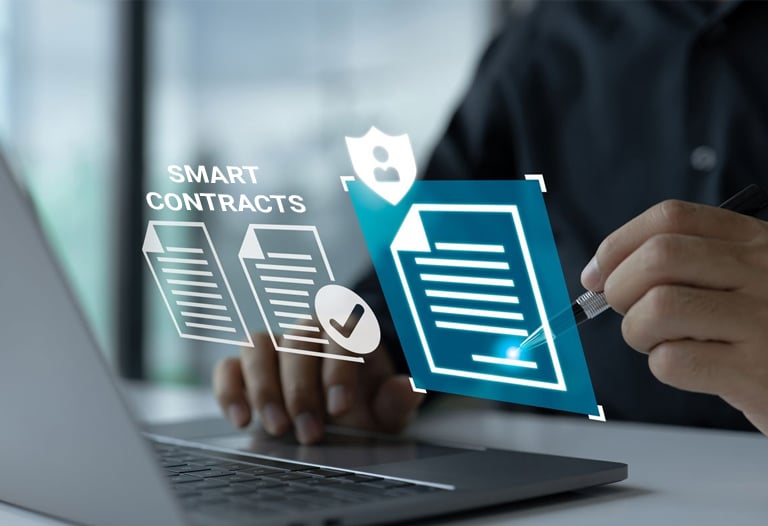 The best real-world analogy for a smart contract

Currently, the vending machine analogy, when drawing parallels between smart contracts and real life, remains the most widely used.

A vending machine is programmed to operate automatically, just like a smart contract. When it receives money and a selected item, it checks that the former is sufficient for the chosen product. No matter who is on the other side, as long as these conditions are met, it will deliver the item. If not enough money has been provided, the product will not be delivered.

The certainty of getting the same response, every time the preconditions are met, gives them that predictability we talked about in defining their characteristics.

Although smart contracts are an implementation that we can still consider to be recent, the outline of the idea dates back a few years. In 1994, Nick Zabo, the famous computer scientist, legal expert and cryptographer, referred to smart contracts for the first time in history as:

A computer process capable of executing the terms of a contract.

The main objective that Nick envisaged for these automated contracts was to bring commercial practices to online commerce, avoiding the need for a trusted third party, with the contracts themselves acting in a predictable manner. It is evident that the technological and research limitations of that period did not allow Nick to implement his creation.

It was around 2011 when the young Bitcoin enthusiast Vitalik Buterin found a way to implement these smart contracts. Initially, he proposed an update of the Bitcoin blockchain. Thanks to it, the first-ever blockchain could support multi-purpose applications with all the features mentioned above. The young Vitalik found the “bitcoiner” world negative, so he had no choice but to develop his own network.

Together with great minds in the crypto world, such as Gavin Wood, founder of Polkadot, and Charles Hoskinson, creator of Cardano, they brought Ethereum to life. This blockchain was the first to support the development of smart contracts. Thanks to this framework, different ecosystems were developed, such as the famous DeFi or the world of NFTs.

As with Bitcoin, in the beginning, many projects have now replicated Ethereum’s features. We now have a large ecosystem of networks that support smart contracts. From this invention, they have also been able to communicate between different blockchains and even consume information from outside the blockchain.

It is clear that the possibilities of this IT development have not yet been definitively unlocked. 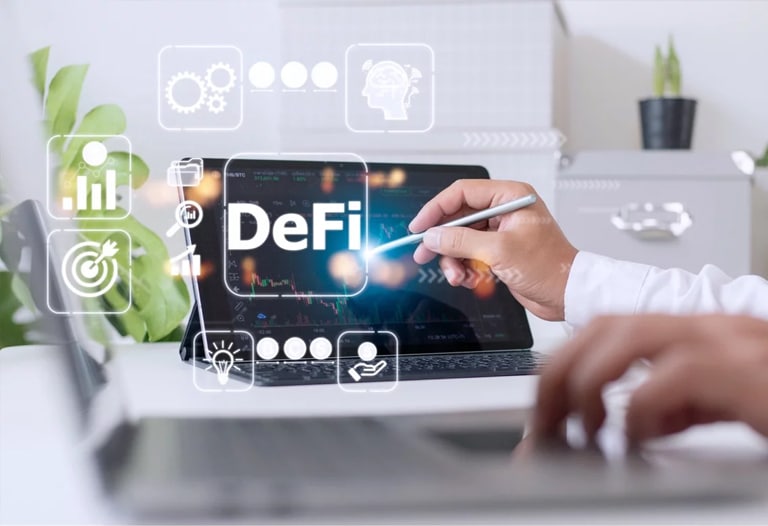 As we have reviewed in the previous section, software developers have found in Ethereum a framework for innovation with smart contracts. From this experimentation, the most widespread uses of these pieces of code have emerged, and it is time we got to know them.

Undoubtedly, the decentralised finance ecosystem is the one that has generated the greatest impact, on a general level, when analysing smart contract derivatives. Having started as a couple of applications that replicated the main uses of traditional finance, thanks to their composability, open source spirit, permissionless and freedom for anyone who wishes to participate, this type of application has yet to find a ceiling. From the creation of stable currencies to complex automated strategies to maximise returns, they have spawned a vast ecosystem of limitless possibilities.

Clearly, when it comes to the noise and attraction of the traditional press, NFTs are unparalleled. Smart contracts have made it possible to automate the creation of these non-fungible tokens, which facilitate the decentralised storage of art pieces of all kinds, making identification of their owners extremely simple. The latest major innovation in this field is the addition of benefits from the DeFi world to NFTs, making them even more valuable.

In part, thanks to NFTs, the world of intellectual property has benefited from major breakthroughs with the emergence of smart contracts. Artists can now relatively easily register ownership of their creations and automate the royalty collection for their use. There’s no doubt, that this technology provides extremely useful tools to simplify the registration and tracking of intellectual property.

This is perhaps the least explored of the areas mentioned here. However, smart contracts, through their predictability, transparency and automation, can bring these characteristics to a field that undoubtedly needs them. Countless inconveniences in the retail industry could be minimised with the implementation of smart contracts that automate and simplify the tasks of these intricate chains.

The future of smart contracts

Nevertheless, it’s extremely important to work on one aspect of them, and that is their security. Recently, we have come across a huge number of hacks, which always end with users losing their money.

As the technology continues to be refined and audits become more rigorous, new uses for smart contracts will emerge daily. It is clear at this point that the path of improvement will only lead them to mass use.