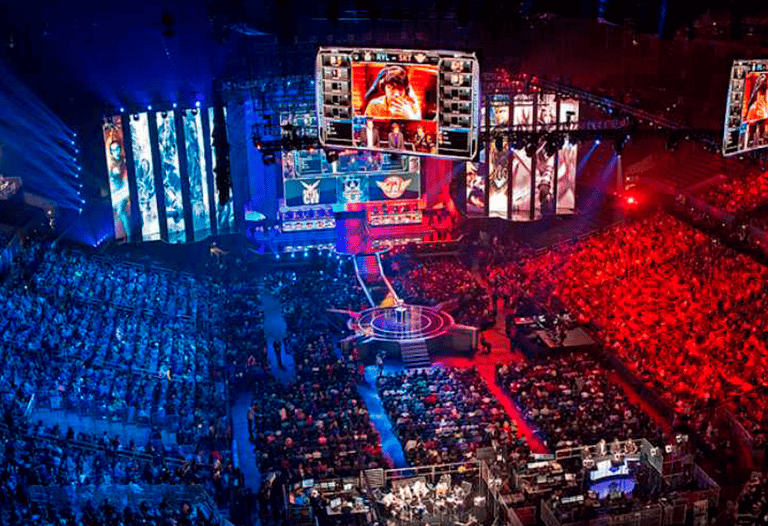 What are eSports and their business model?

Even though today we are not going to talk about a new industry, due to the current technological advancement and the attention that streaming platforms have gained recently, eSports have reached an unseen level of popularity in the last few years. So, if you want to know what are Sports and what is their business model, I gently invite you to keep reading.

It goes without saying that the emergence of the internet has changed the world for good. The way we communicate with each other, how we connect with other people and the speed with which we receive news from the other side of the globe, are daily examples.

While these are still impressive advances, they were the first changes implemented and, in some ways, the most obvious. However, streaming online gaming didn’t sound obvious at all a few years ago. Today we have a whole industry around them, and we are going to learn about it.

The concept of eSport has been created to designate professional competitions about online gaming. These are multiplayer contests in different video game disciplines. One of its most important characteristics is that these competitions are streamed worldwide to what seems to be an always-growing audience.

While, not so long time ago, just kids or teenagers use to play video games in the solitude of their houses or even their basements, today we have full stadiums dedicated to hosting eSports competitions. In addition, not only do online streaming platforms surround these contests but actually, ESPN and some other TV industry giants have a dedicated space for them.

Before we move on, it’s worth making a distinction. Despite the fact that the word “sports” is in its name, the games played are not just about traditional sports. In that sense, some of the most important video games in this industry are:

One thing that we can’t highlight is that without the infrastructure that the internet industry has developed, it wouldn’t be possible to host this kind of competition as it’s done it nowadays. Clearly, we needed a world accordingly prepared to host events of such magnitude.

How to differentiate an eSport from a mere online game

After the introduction we have had, it may seem quite evident that not every single video game can be considered a eSports. However, in order to identify the right ones, we can pay attention to the following characteristics:

If a video game meets each of the precedent conditions, it can be called an eSport.

The most important streaming platforms for eSports

At the moment, we can find some influential platforms dedicated to broadcasting live eSports competitions. Definitely, Twitch owned by amazon, as in almost every online streaming domain, is the most relevant one.

However, there are other big companies that have put their eyes on streaming eSports. As I mentioned before, ESPN has a dedicated space for them. Following the huge growth in the popularity of eSports in Europe, especially in Spain, Movistar TV has reached a partnership with the worldwide known journal “As” to dedicate a space to these video games.

While this kind of news can lead to a centralization of the industry, it acts also as a validation. 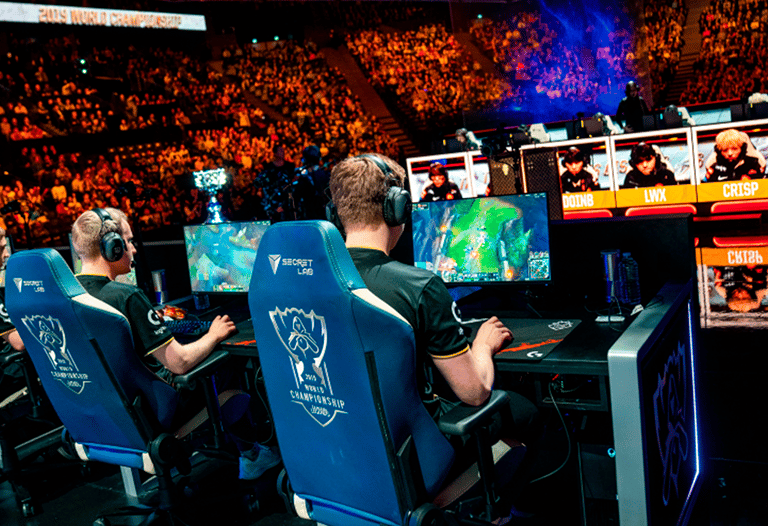 E-sports have transformed online games into attractive events for spectators

What is the business model of eSports?

As its popularity grows, so does the income that those involved in this world generate. At the same time, opportunities are on the rise and more people are welcome to collaborate in the eSport industry. Just to put some context around it, we’re talking about a sector that generates more than 1 billion dollars per year.

Now, let’s see what are the main fields that generate the volumes that we have seen coming from these competitions, in the last few years.

Big audiences attract big sponsors. That’s almost a rule, that can be proved throughout modern civilization’s history. The moment when a lot of people start turning their heads upon some activity, great sponsors may already be there.

Sponsorship support has been quite important for the development of this activity. Especially for the teams involved here. It seems that more than 95% of their revenue comes from sponsorships.

Due to the fact, that it can be seen as a niche inside the IT world, that is where most of the sponsorships come from. Personal Computers are the main important gadget in eSports. So it’s not difficult to find the close relationship that bonds them together.

Clearly, this topic is correlated with the one above. With Twitch at the top, players were able to monetize their activities, thanks to the big audiences that this streaming platform let them reach. However, things don’t look so easy for Twitch in the near future.

As I said before, ESPN and other giants are getting their hands on this industry. With their arrival, comes along a way to secure the image of extraordinary sportsmen and women, exclusive streaming media rights.

While this model can provide huge gains for teams and their players, it can be detrimental to online platforms such as Twitch.

Without them, there will be no industry. Definitely, the stars of eSports are the players or teams that play those games. It’s a real and surprising novelty for gamers that they can now turn their passion into a way of earning a living.

However, being good at playing video games is not the only source of income that they can have. Beyond sponsors, competitions prizes and merchandising, there are academies to learn how to improve as an eSport player.

These academies, provide players with another source of employment and at the same time help to increase the popularity of the eSports industry.

Whenever a community starts to form around a specific activity, its members need to share with the world that they are part of it. Merchandising has always been a great way to:

For eSports, it’s quite easy to know what products they should focus on. Teams offer garments, accessories, and gaming equipment through their own websites. Although it is not the largest source of income, it helps them to finance their activity while they create a more robust bond with their fans.

For human beings, seems almost inevitable to try to predict the future. As soon as they see two teams in a competition, they must throw their opinion about which of them is going to win. Betting platforms, take advantage of these characteristics while adding the gamified and financial side.

Nowadays, we find many of the most traditional betting platforms, adding eSports competition to their offer. And this tendency doesn’t seem to go down. But, there’s a high risk here and is match-fixing. In 2010, there was a match-fixing related to  StarCraft and the reputation of everyone involved was destroyed.

As we always say, high profit comes along with high risk.

We can forget the ones that make this industry possible from the beginning. Video game development is one of the most important sectors within the software industry. Due to the high level of training required, given the specification of the task and the complexity of the programming languages involved, video game programmers are:

The enterprises behind them, have made big gains thanks to the rising popularity of eSports. 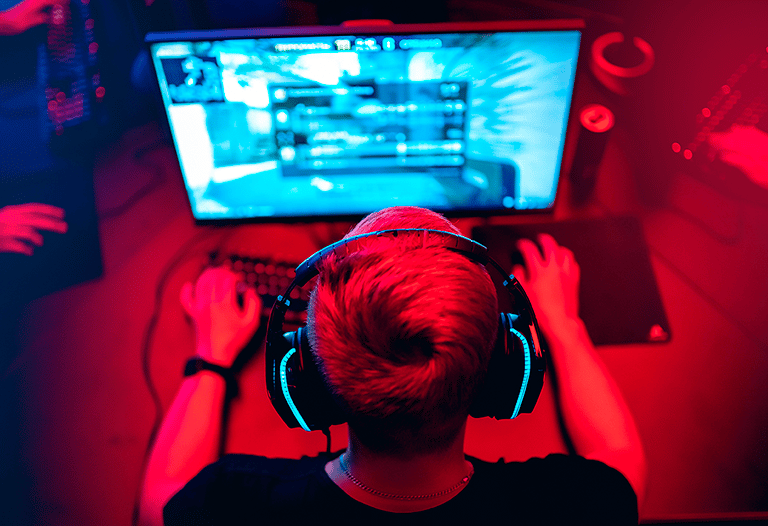 With an inclusive business model, e-sports generates job opportunities for many people

The online world and its possibilities have reached levels that we weren’t even able to imagine, beyond SciFi books. These days, we’re seeing the popularity of eSport competing hand in hand with traditional sports.

Whether we are for or against this type of virtual movement, there is a fact that we can’t deny. The internet and its development have opened up a world of opportunities for people who, because of their preferences would have been excluded from the traditional world.

In my humble opinion, we must celebrate the huge amount of possibilities that are arising in front of our incredulous eyes. Where eSports will find their limits, is not something that we can say right now. But, of course, we are waiting to see crypto and blockchain technology working with them.