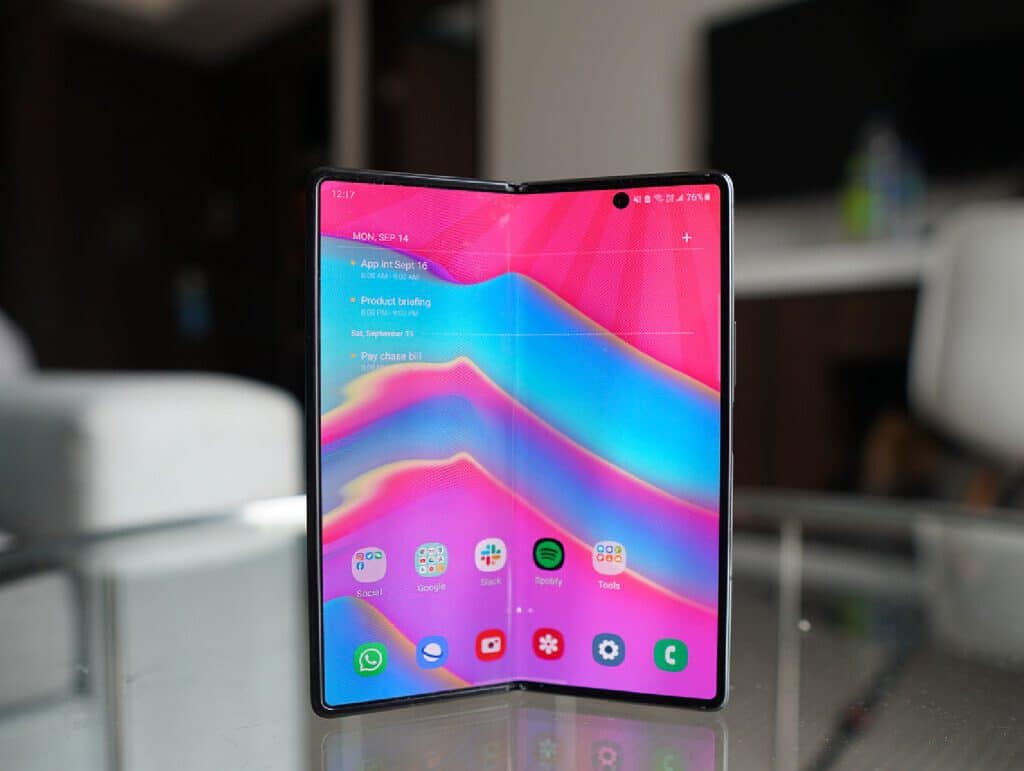 The Galaxy Z Fold 2 has arrived

Returning to smartphones of the last decade, it is safe to say that the Galaxy Fold stands out as one of the most impressive and important. It was the first folding phone to be launched in the United States and now Samsung is improving it further with the Galaxy Z Fold 2.

With the ‘re-proposal’ of Galaxy Z Fold 2, Samsung seeks to create a new trend in the phone industry by betting on folding mobile phones.

And it seems he succeeded as the launch of the latest Galaxy Z Fold 2 has captured the eyes of customers around the world, leaving several distribution chains without existence.

The Galaxy Z Fold 2 has the same idea and design as the Fold, but improves virtually every aspect. A new processor, premium design and widely updated display make the Fold 2 a top-of-the-range product.

In this new version, the Korean company proposed a larger screen that reaches 7.6 inches, a considerable difference compared to the tiny 4.6-inch screen of the Fold, but that can be put in a pocket because it folds on itself, like the old phones of the early 2000s.

Moreover, unlike its predecessors, Z Fold 2 is much more efficient in multitasking functionality, which allows to have multiple applications open simultaneously on different screens.

One of the advantages of the Z Fold 2, compared to other phones in the market, is that this model boasts a rear camera with three different lenses and a 10-megapixel dual front camera, thus improving the performance in taking photos and selfies.

The design of the phone and the ability to keep open adds some fun features, such as the ability to take long exposure night mode photos without a tripod and record videos of yourself.

Also, the automatic framing function uses machine learning to keep the subject framed without any input from you, making it perfect for self-shooting videos.

Samsung also worked on improvements to the closing system of the device to keep it open from different angles. In this way, the customer can place the smartphone on a table without having to resort to a tripod, when he wants to consume audiovisual products.

The power supply of the Galaxy Z Fold 2 is a 4,500 milliampere battery, with fast wired and wireless charging, introduced to support the consumption of screens that incorporate flexible glass technology.

From the software point of view, the phone runs Android 10 with OneUI di Samsung.

The large open screen allows you to run up to three different apps simultaneously. An interesting feature is the ability to save pairs of apps that you often use together as a single quick access screen layout, then switch from one pair to another for fast multitasking.

But let’s get to the colors: Mystic Black or Mystic Bronze are currently available, and you can customize the color of the zipper in silver, red, blue or gold via Samsung’s website.

How much does the Galaxy Z Fold 2 cost?

Galaxy Z Fold 2 is available in physical stores and online from 18 September onwards at a price of2.049€ slightly higher than the previous one.

Contrary to what we saw with the 2 Note 20, in which were included true wireless earphones and Xbox Game Pass, in the case of the Z Fold 2 are offered only standard wired earphones (USB-C) AKG, a Samsung Care+ included in the price and 3 years of OS updates guaranteed.

Also available in Spain is the customization of the zipper of Fold 2, but only for purchases from the official website.